The South Telfer Project consists of six exploration licences and two prospecting licences covering approximately 540km2 and greater than 40km strike, of prospective geology. The project area has been previously explored by Newcrest which identified outcropping gold and copper mineralisation at the Hasties Prospect and large in rock gold anomalies at Westin. 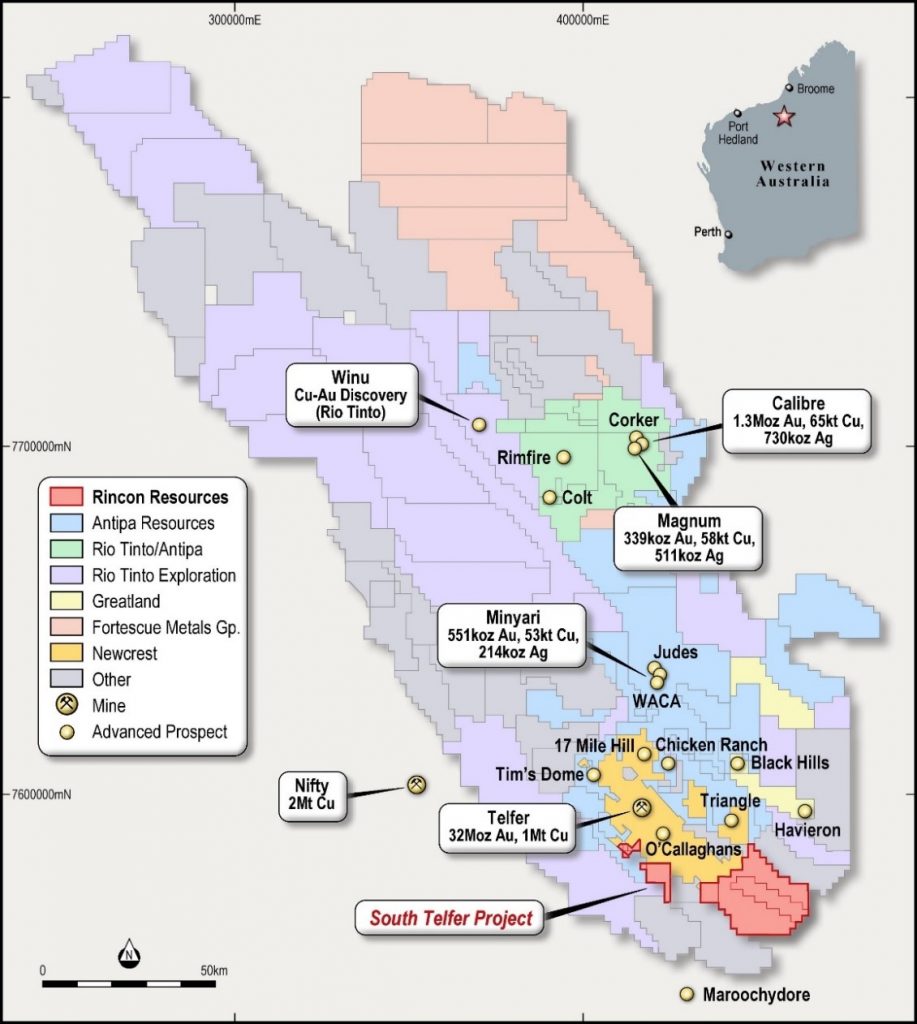 Multiple targets have been identified, with the most advanced being the outcropping Hasties Prospect.

Hasties is only 10km south of Newcrest’s Telfer Gold Mine with gold and copper mineralisation having been identified within the same sedimentary sequences known to host gold mineralisation at the Telfer. In addition, an over 5km long gold anomaly has been identified by wide spaced aircore drilling at the Westin Prospect, along strike from the Telfer Dome trend. 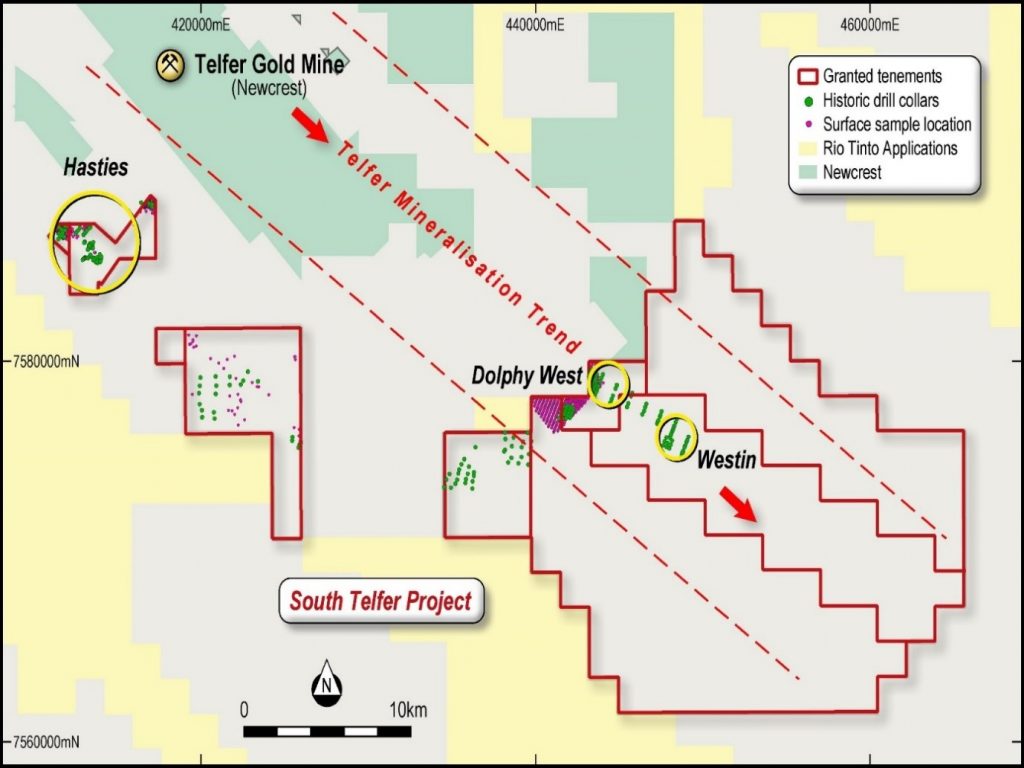 At Hasties mineralisation outcrops at surface and has been identified over a 1km strike which occurs within brecciated sedimentary rocks. Historical drilling returned multiple wide intersections of gold and copper over a large area. Mineralisation remains open in all directions and only a small portion of the prospective strike length has been drill-tested. Historical significant drill intercepts include; 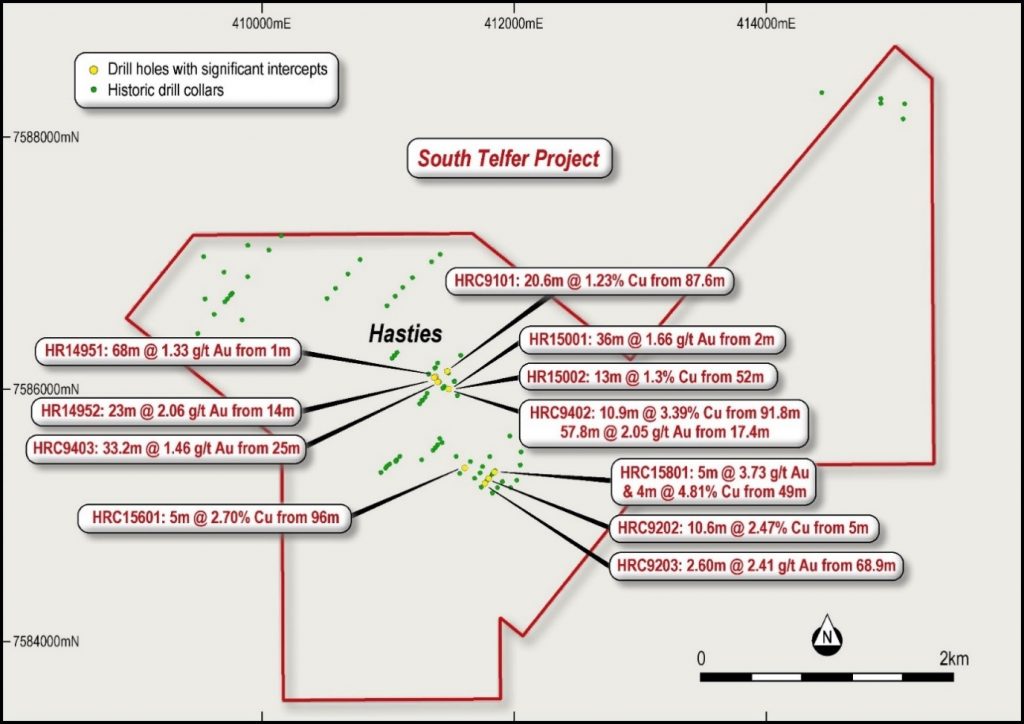 Rincon’s tenements cover over 25km of prospective strike at Westin which has never been explored. 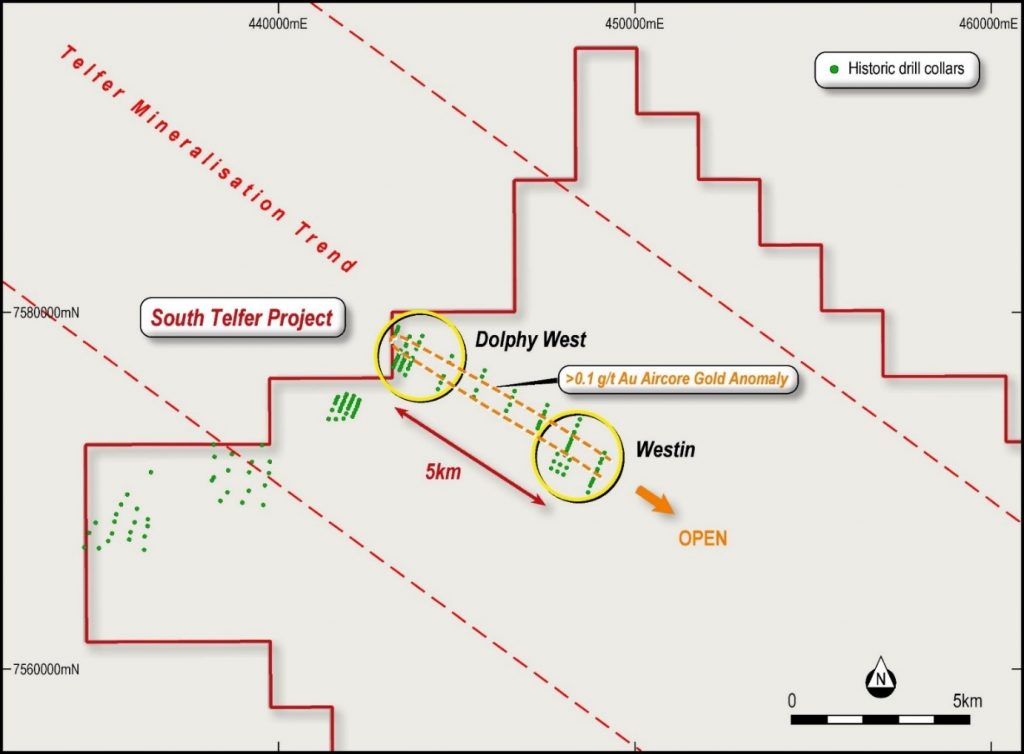 Rincon has recently acquired and interpreted high resolution aeromagnetic data which covers the South Telfer tenements and a number of anticlinal and domal structures have been identified, which are often associated with copper and gold mineralisation throughout the region.